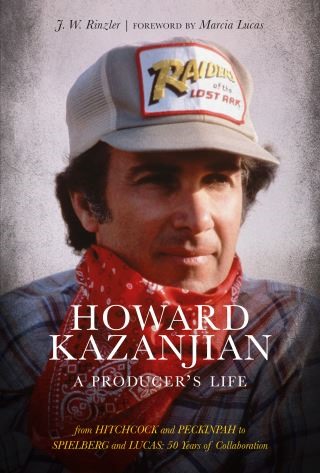 A captivating exploration of the life, work, and insider insight of legendary film producer Howard Kazanjian

Howard Kazanjian, a film producer whose career spans 50 years, has collaborated with Hollywood legends such as Alfred Hitchcock, Billy Wilder, Sam Peckinpah, Steven Spielberg, and George Lucas, and worked on such classics as The Empire Strikes Back, Raiders of the Lost Ark, and Return of the Jedi. Complete with personal anecdotes from the front lines, and coupled with rare archival photographs, this full-length biography tells the story of Kazanjian’s rise in Hollywood and takes us behind the scenes of the producer’s role in some of the biggest blockbusters in film history.