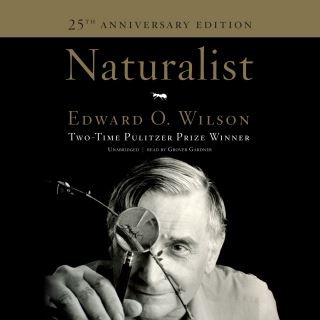 Edward O. Wilson—winner of two Pulitzer prizes, champion of biodiversity, and Faculty Emeritus at Harvard University—is arguably one of the most important thinkers of the twentieth century. Yet his celebrated career began not with an elite education but from an insatiable curiosity about the natural world and drive to explore its mysteries. Called “one of the finest scientific memoirs ever written” by the Los Angeles Times, Naturalist is a wise and personal account of Wilson’s growth as a scientist and the evolution of the fields he helped define.

At once practical and lyric, Naturalist provides fascinating insights into the making of a scientist, and a valuable look at some of the most thought-provoking ideas of our time. As relevant today as when it was first published twenty-five years ago, Naturalist is a poignant reminder of the human side of science and an inspiring call to celebrate the little things of the world.

Edward O. Wilson is regarded as one of the world’s most preeminent biologists and naturalists. He is the author of more than twenty books, including the Pulitzer Prize–winning The Ants; he also won the Pulitzer Prize in 1979 for his book On Human Nature. Some of his other awards include the US National Medal of Science, the International Prize for Biology, the Nierenberg Prize, and the Crafoord Prize, considered the highest award given in the field of ecology. His first fiction novel, Anthill: A Novel, was published in 2010 and is a New York Times bestseller.