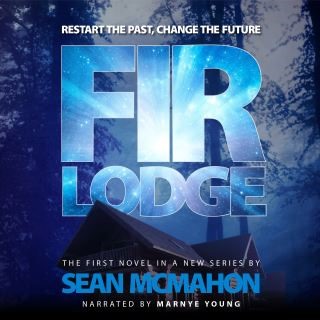 If time shattered, taking away everything you loved, how far would you go to get it all back?

Arriving at a lodge in Norfolk for a long weekend retreat, a group of friends meet for a thirtieth birthday celebration. Before the weekend is over, five of them will die.

Trapped in a thirty-three-hour time loop, only Hal and Kara have the ability to alter fate and prevent the deaths of their friends. But in order to unravel the secrets hidden within their own past, they must first learn how to adapt to the new rules of their reality.

Time, however, is a relentless force—one which will stop at nothing to ensure that events unfold exactly as destiny dictates.

With time no longer on their side, Hal and Kara will have to decide just how far they are willing to go to free themselves from their perpetual prison, and exactly what they are prepared to sacrifice to defeat an enemy that has already won.

Only one thing is certain: every action has a consequence.

Sean McMahon is the author of Fir Lodge, the first novel in The Restarter Series, and has saved the world countless times. From the comfort of his sofa. Utilizing a controller, as a conduit for his actions. He also believes he invented the concept of the digital photo-frame, but has no way to prove it. Sean lives in England with his family. In his spare time, he loves watching movies, reading, and is an avid gamer.