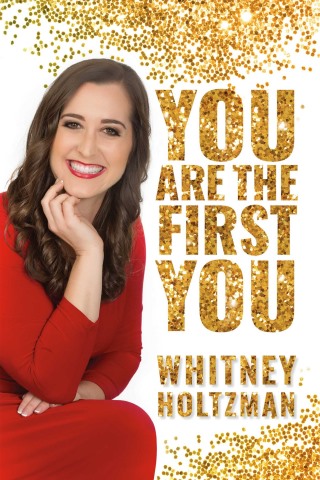 You Are The First You

“It’s time to follow the nagging voice that’s been tugging inside of you and chase ultimate happiness and the life you’ve always envisioned for yourself.”

Do you want to achieve your dreams and find your place in the world? Whether you are in a season of transition or starting a new chapter in life, author Whitney Holtzman wants you to know You Are The First You.  In her literary debut, Whitney writes about the lessons necessary to be successful in life and in business, but that we aren’t taught in school.

Follow the story of Whitney’s career in the sports marketing world as a female entrepreneur. Her journey has included stops at ESPN, Major League Baseball and VaynerMedia, working for entrepreneur Gary Vaynerchuk. Her passion is at the intersection of sports and making the world a better place, which was evidenced when she then joined RISE, which was founded by the owner of the Miami Dolphins. RISE is a racial equality nonprofit with the commissioner of every major sports league on the board.

Ultimately, Whitney became an entrepreneur and launched her own company, Social Victories, which helps professional athletes and sports leagues build their brands. Most importantly, You Are the First You is filled with all the essential lessons Whitney has learned throughout her journey that are key to a successful career and finding one’s purpose in life. Her goals in sharing her story are to provide readers with an unwavering belief in themselves and to motivate them to never give up on their dreams.

Whitney Holtzman: Whitney Holtzman is a passionate go-getter and the CEO of Social Victories, a social media and marketing consulting company for leaders in the sports world. Her passion has always been at the intersection of sports and giving back, and she helps her clients across pro sports build their brands and become the best versions of themselves. Prior to her role representing players, Whitney built her career in sports, marketing, and social media at espnW, Major League Baseball, VaynerMedia, and RISE (Ross Initiative in Sports for Equality), which uses the power of sports to unite neighborhoods and advocate for racial equality. Whitney grew up in Tampa, Florida, (a city she loves) and is an avid sports fan, thanks to her dad, who made Monday Night Football a staple in the Holtzman household. She attended the University of Florida during the Tebow era and experienced two football championships and a basketball title during her time as a Gator. In college, Whitney interned for the Tampa Bay Rays, Turner Sports, and ESPN. She is an avid traveler who hopes to visit every state and continent. Whitney is also the only non-lawyer in her family, but she is excited to have found her passion at the intersection of sports and making the world a better place. Her greatest love is her family.