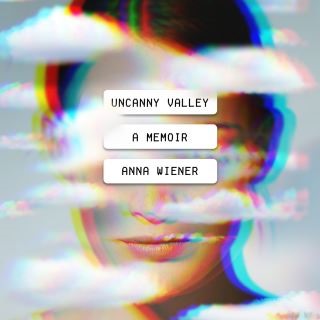 "Narrator Suehyla El-Attar has a strong voice for this memoir of a woman's journey into the mostly male world of tech start-ups in Silicon Valley. She is energetic, funny, and swift while telling the story of Anna Wiener's acculturation from book publishing in Manhattan to the dot-com boom in San Francisco." — AudioFile Magazine

"A definitive document of a world in transition: I won't be alone in returning to Uncanny Valley for clarity and consolation for many years to come." —Jia Tolentino, author of Trick Mirror: Reflections on Self-Delusion

The prescient account of a journey in Silicon Valley: a defining memoir of our digital age.

In her mid-twenties, at the height of tech industry idealism, Anna Wiener—stuck, broke, and looking for meaning in her work, like any good millennial--left a job in book publishing for the promise of the new digital economy. She moved from New York to San Francisco, where she landed at a big-data startup in the heart of the Silicon Valley bubble: a world of surreal extravagance, dubious success, and fresh-faced entrepreneurs hell-bent on domination, glory, and, of course, progress.

Anna arrived amidst a massive cultural shift, as the tech industry rapidly transformed into a locus of wealth and power rivaling Wall Street. But amid the company ski vacations and in-office speakeasies, boyish camaraderie and ride-or-die corporate fealty, a new Silicon Valley began to emerge: one in far over its head, one that enriched itself at the expense of the idyllic future it claimed to be building.

Unsparing and incisive, Uncanny Valley is a cautionary tale, and a revelatory interrogation of a world reckoning with consequences its unwitting designers are only beginning to understand.

A Macmillan Audio production from MCD

Anna Wiener: Anna Wiener is a contributing writer to The New Yorker online, where she writes about Silicon Valley, startup culture, and technology. Her work has appeared in The Atlantic, New York, The New Republic, and n+1, as well as in Best American Nonrequired Reading 2017. She lives in San Francisco. Uncanny Valley is her first book.