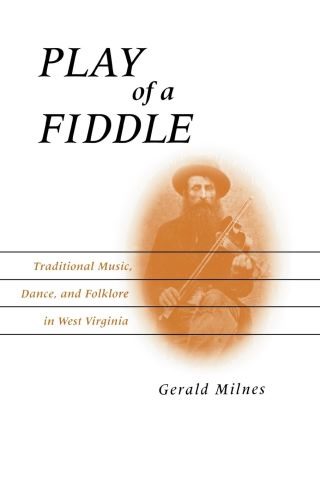 Play of a Fiddle

Play of a Fiddle gives voice to people who steadfastly hold to and build on the folk traditions of their ancestors. While encountering the influences of an increasingly overwhelming popular culture, the men and women in this book follow age-old patterns of folklife and custom, making their own music and dance in celebration of them. Shedding new light on a region that maintains ties to the cultural identities of its earliest European and African inhabitants, Gerald Milnes shows how folk music in West Virginia borrowed rhythmic, melodic, and vocal forms from the Celtic, Anglo, Germanic, and African traditions. These elements have come together to create a body of music tied more to place and circumstance than to ethnicity.

Milnes explores the legacies of the state's best-known performers and musical families. He discusses religious music, balladeering, the influence of black musicians and styles, dancing, banjo and dulcimer traditions, and the importance of old-time music as a cultural pillar of West Virginia life. A musician himself, Milnes has been collecting songs and stories in West Virginia for more than twenty-five years. The result is an enjoyable book filled with anecdotes, local history, and keen observations about musical lives.

Gerald Milnes: Gerald Milnes is the Coordinator of Folklife Programs at the Augusta Heritage Center of Davis & Elkins College.