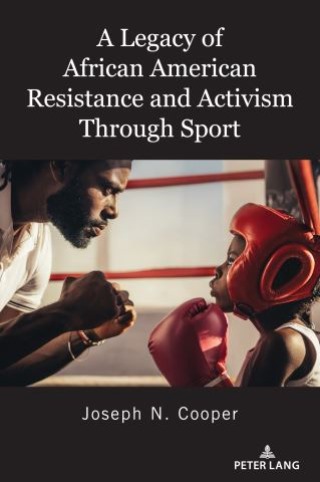 A Legacy of African American Resistance and Activism Through Sport

In recent years, there has been increased attention garnered toward activism in sport within the United States. In 2016, Colin Kaepernick’s activist act of taking a knee during the national anthem before National Football League games sparked a nationwide debate on the intersection of sports, race, and politics. Kaepernick’s actions were a part of a long lineage of activism in and through sport. Prior accounts of African American activism in and through sport have been limited in the following eight areas: (1) primarily focused on one type of activism (e.g., symbolic protests/boycotts); (2) a lack of differentiation between activism and borderline activist actions (e.g., agency, pioneering, and advocacy); (3) a lack of emphasis on hybrid resistance; (4) a focus on athletes and teams versus sportspersons (i.e., media, scholars, business leaders, and community members) and institutions (i.e., historically Black colleges and universities, athletic programs, and conferences) more broadly; (5) largely focused on one era of prominent athlete activism in the 1960s; (6) principally excluded and marginalized the importance of women’s role in resistance efforts (e.g., activism for social change); (7) primarily focused on activism at the intercollegiate and professional levels with less attention toward youth and interscholastic levels; and (8) a lack of theoretically driven analyses of the resistance efforts exhibited by African American sportspersons, teams, groups, organizations, and institutions. Instead of exclusively using the term activism, the author uses the broader encompassing term of resistance as the focal framework for this text. Resistance is defined as intentional and/or unintentional actions by individuals, groups, organizations, and/or institutions that challenge oppressive systems and ideological hegemony. Using adaptive race- and ethnicity-centric typologies and interdisciplinary theories, this book offers a critical analysis of African Americans’ intra- and inter-generational resistance actions where, when, why, and how sport has been utilized to express their humanity, preserve their cultural heritages, empower themselves and their communities, project political views, and pursue freedom, equality, and justice.

Joseph N. Cooper is the inaugural Dr. J. Keith Motley Endowed Chair of Sport Leadership and Administration at the University of Massachusetts Boston. He earned a BA in Sociology, a BA in Recreation Administration, and a MA in Sport Administration from the University of North Carolina at Chapel Hill (UNC-CH). He earned his PhD in Kinesiology with a concentration in Sport Management and Policy from the University of Georgia. His research agenda focuses on the intersection between race, gender, sport, education, and culture with an emphasis on sport involvement as a catalyst for holistic development and cultural empowerment. He is the founding faculty member of Collective Uplift, an organization designed to educate, empower, support, and inspire Black holistic individuals to maximize their potential both within and beyond athletic contexts. His work has been published in peer-reviewed journals and he is the author of From Exploitation Back to Empowerment: Holistic (Under)Development Through Sport and (Mis)Education (Peter Lang, 2019). He received the 2009 John E. Billing Outstanding Graduate Research Merit Award from the UNC-CH (Department of Exercise and Sport Science), 2016 Outstanding Early Career Scholar Award from the UConn Neag School of Education, 2016 UConn African American Cultural Center Extraordinaire Faculty Award, and 2018 Sociology of Sport Journal (SSJ) Early Career Researcher Award. He has been cited in media outlets such as ESPN, New York Times, ABC News, Yahoo, Boston Globe, and Le Monde.