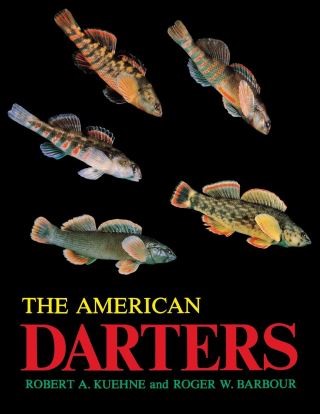 The darters are a fascinating group of colorful and diminutive freshwater fish whose beauty rivals that of the tropical reef fishes. Native only to North America, the darters occur widely, especially in the United States, but are little known to the general public, largely because of their small size—few exceed six inches and some measure a mere one inch at maturity.

This book is the first comprehensive guide to the darters, covering all named and several undescribed forms—140 species in all. Each species account includes a synoptic description to aid in separation of similar species and subspecies, a range map, and discussion of the species' distribution, natural heritage, abundance, and scientific name. An illustrated key and glossary will further assist scientists, students, fishermen, and aquarium specialists in identifying darter species.

Central to this volume is the series of 144 handsome color photographs illustrating nearly all known darter species and several subspecies. Most of the specimens shown were caught by the authors at sites throughout the United States, Canada, and Mexico, and photographed by them on site using a recently developed technique that captures the full brilliance of the living fish.

Because of their importance as indicators of environmental quality, the darters are receiving increasing attention today from scientists and naturalists. Public interest was focused recently on the plight of the snail darter, but many other darter species are either threatened or endangered, and others face an uncertain future as human activities continue to degrade our waterways. All those with an interest in preserving the natural heritage of our rivers and streams will find this comprehensive guide to the darters an invaluable tool.