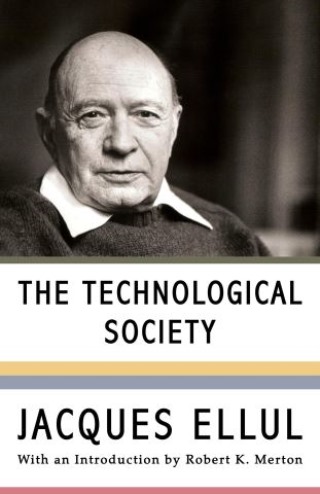 As insightful and wise today as it was when originally published in 1954, Jacques Ellul's The Technological Society has become a classic in its field, laying the groundwork for all other studies of technology and society that have followed.

Ellul offers a penetrating analysis of our technological civilization, showing how technology—which began innocuously enough as a servant of humankind—threatens to overthrow humanity itself in its ongoing creation of an environment that meets its own ends. No conversation about the dangers of technology and its unavoidable effects on society can begin without a careful reading of this book.

"A magnificent book . . . He goes through one human activity after another and shows how it has been technicized, rendered efficient, and diminished in the process.”—Harper's

“One of the most important books of the second half of the twentieth-century. In it, Jacques Ellul convincingly demonstrates that technology, which we continue to conceptualize as the servant of man, will overthrow everything that prevents the internal logic of its development, including humanity itself—unless we take necessary steps to move human society out of the environment that 'technique' is creating to meet its own needs.”—The Nation

“A description of the way in which technology has become completely autonomous and is in the process of taking over the traditional values of every society without exception, subverting and suppressing these values to produce at last a monolithic world culture in which all non-technological difference and variety are mere appearance.”—Los Angeles Free Press

Jacques Ellul: Jacques Ellul was a French philosopher and Christian anarchist. He served as professor of history and the sociology of institutions on the Faculty of Law and Economic Sciences at the University of Bordeaux for many years. Although he was trained as a sociologist, Ellul is considered a philosopher with a particular interest in technology and the possibility of technological tyranny. He is said to have coined the phrase "Think globally, act locally." Among his books are Propaganda, The Political Illusion, The Theological Foundation of Law, The Meaning of the City, and many others. Jacques Ellul passed away in 1994 at the age of 82.