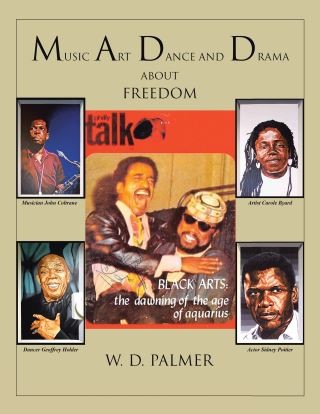 How activists gave their lives and talents in music, art, dance, and drama to bring about social change.

W. D. Palmer: Walter. D. Palmer is the founder and director of the W.D. Palmer Foundation (est. 1955), a repository of information-gathering on racism in health, education, employment, housing, courts, prisons, higher education, military, government, politics, law, banking, insurance, and more. He is also the founder of the Black People’s University of Philadelphia (1955) Freedom School, which was the grassroots organizing and training center for grassroots community and political leadership both in Philadelphia and nationally. These organizations were run as nonprofit unincorporated associations from 1955 until 1980, when the W.D. Palmer Foundation received its 501(c)(3) federal tax exemption status. W.D. Palmer has also been a professor, teaching American Racism at the University of Pennsylvania since the 1960s and today he is a member of the President’s Commission on 1619, the 400-year anniversary of African slavery in America. Professor Palmer has been a social activist leading the fight against racial injustice for over 70 years in Philadelphia and around the nation. In 2018, Philadelphia honored him for the organizing work he did to reform the Philadelphia school system in 1967.