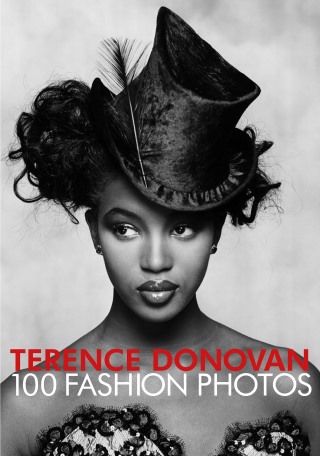 Terence Donovan (1936-1996) was one of the foremost photographers of his generation, with a career spanning almost 40 years. He came to prominence in London as part of a post-war renaissance in art, design and music, representing a new force in fashion and, later, advertising and portrait photography. He operated at the heart of London's Swinging Sixties, both as participant in, and observer of, the world he so brilliantly and incisively captured with his camera.

Born into a working-class family in East London, Donovan was fascinated by photography and printmaking from an early age. He opened his own studio in 1959 at the age of twenty-two and was immediately sought after by a range of clients, including leading advertising agencies and fashion and lifestyle magazines of the time, including Vogue, Harper's Bazaar and Elle. Terence Donovan: 100 Fashion Photos brings together the very best of his fashion photography, from his ground-breaking work in the sixties to the superlative glamour of the supermodels of the nineties.

Gifted with an unerring eye for the iconic as well as the transformative, Donovan was a master of his craft, a technical genius who pushed the limits of what was possible with a camera. This stylish book contains some of his most famous shots, as well as previously unseen images, and is a perfect gift for lovers of both fashion and photography.

Robin Muir: Terence Donovan (14 September 1936 - 22 November 1996) was an English photographer and film director, noted for his fashion photography of the 1960s. He also directed many TV commercials and oversaw the music videos to Robert Palmer's 'Addicted to Love' and 'Simply Irresistible'. The Guardian labelled 'Addicted to Love' as being 'fashion's favourite video' since it was released.