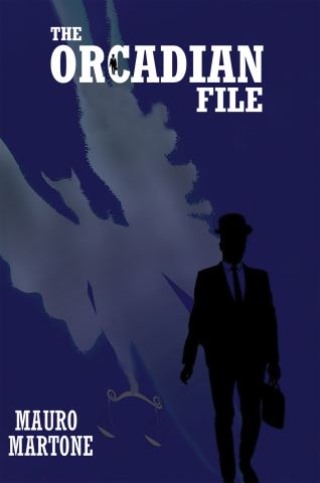 Stephen “Monty” Montgomery is a lonely city-based defence lawyer; who despite being skilled in legal debate, is nowhere near being offered a partnership by his firm when he is faced with compelling evidence of an age-old supernatural struggle between celestial entities and their arcane human disciples, forcing him to rapidly adjust his theological beliefs. Monty soon finds himself called upon to represent ex-police officer Christopher Forsyth. Forsyth had been involved in investigating an alleged paedophile ring among the Edinburgh establishment which resulted in his commanding officer being gunned down in the street. Monty’s new client has since been railroaded out of the police and finds himself in their custody on a trumped-up murder charge. Finding themselves opposed by a faceless conspiracy that is politically ambitious and prepared to destroy anything that gets in its way, the defence team will need every gram of their ability to get Forsyth off the hook. What Monty hasn’t reckoned upon, however, is being brought face to face with an immortal enemy – one more diabolical, cunning, and dangerous than any human conspirator. Martone revives his haunting Kertamen tale with this vividly compelling and politically astute thriller, which is littered with moral complexity and legal intrigue. Told with ceaseless imagination through a rapid and intense narrative, The Orcadian File effortlessly meanders between ancient and contemporary judicial mischief.

Mauro Martone: Mauro Martone was born in Glasgow, raised in Edinburgh, and educated at schools in Fife and Perthshire where he boarded. Early fictional influences included Kenneth Grahame’s ‘Wind in the Willows’ and Robert Roosevelt’s ‘Br’er Rabbit’ stories. He began writing fiction at the age of eight when he produced a three-and-a-half-page prolongation of Grahame’s riverside world. He got his MA (with honours) from the University of Edinburgh, where he read Ancient History and Classical Archaeology at Teviot. He also read Christianity and Social Christianity at New College, as outside subjects. Whilst a student, Martone worked as a nightshift taxi driver in the undesirable Muirhouse, Pilton and Granton housing scheme circuits of Edinburgh. He later began a postgraduate degree alongside volunteering as a classroom tutor to both young offenders and adults with substance dependences. He lives in Edinburgh and keeps rescue dogs.